All else being equal, children do best when raised by a married mother and father. It’s within this environment that children are most likely to be exposed to the emotional and psychological experiences they need in order to thrive.

Men and women bring diversity to parenting; each makes unique contributions to the rearing of children that can’t be replicated by the other. Mothers and fathers simply are not interchangeable. Two women can both be good mothers, but neither can be a good father.

So here are five reasons why it’s in the best interest of children to be raised by both a mother and a father:

Mother-love and father-love—though equally important—are qualitatively different and produce distinct parent-child attachments. Specifically, it’s the combination of the unconditional-leaning love of a mother and the conditional-leaning love of a father that’s essential to a child’s development. Either of these forms of love without the other can be problematic. Because what a child needs is the complementary balance the two types of parental love and attachment provide.

Only heterosexual parents offer children the opportunity to develop relationships with a parent of the same, as well as the opposite sex. Relationships with both sexes early in life make it easier for a child to relate to both sexes later in life. For a girl, that means she’ll better understand and appropriately interact with the world of men and be more comfortable in the world of women. And for a boy, the converse will hold true. Having a relationship with “the other”—an opposite sexed parent—also increases the likelihood that a child will be more empathetic and less narcissistic.

2.Children progress through predictable and necessary developmental stages. Some stages require more from a mother, while others require more from a father. For example, during infancy, babies of both sexes tend to do better in the care of their mother. Mothers are more attuned to the subtle needs of their infants and thus are more appropriately responsive. However, at some point, if a young boy is to become a competent man, he must detach from his mother and instead identify with his father. A fatherless boy doesn’t have a man with whom to identify and is more likely to have trouble forming a healthy masculine identity.

Check out this link:

A father teaches a boy how to properly channel his aggressive and sexual drives. A mother can’t show a son how to control his impulses because she’s not a man and doesn’t have the same urges as one. A father also commands a form of respect from a boy that a mother doesn’t––a respect more likely to keep the boy in line. And those are the two primary reasons why boys without fathers are more likely to become delinquent and end up incarcerated.

Father-need is also built into the psyche of girls. There are times in a girl’s life when only a father will do. For instance, a father offers a daughter a safe, non-sexual place to experience her first male-female relationship and have her femininity affirmed. When a girl doesn’t have a father to fill that role she’s more likely to become promiscuous in a misguided attempt to satisfy her inborn hunger for male attention and validation.

Overall, fathers play a restraining role in the lives of their children. They restrain sons from acting out antisocially, and daughters from acting out sexually. When there’s no father to perform this function, dire consequences often result both for the fatherless children and for the society in which these children act out their losses.

3. Boys and girls need an opposite-sexed parent to help them moderate their own gender-linked inclinations. As example, boys generally embrace reason over emotion, rules over relationships, risk-taking over caution, and standards over compassion, while girls generally embrace the reverse. An opposite-sexed parent helps a child keep his or her own natural proclivities in check by teaching—verbally and nonverbally—the worth of the opposing tendencies. That teaching not only facilitates moderation, but it also expands the child’s world—helping the child see beyond his or her own limited vantage point.

4.Same-sex marriage will increase sexual confusion and sexual experimentation by young people. The implicit and explicit message of same-sex marriage is that allchoices are equally acceptable and desirable. So, even children from traditional homes—influenced by the all-sexual-options-are-equal message—will grow up thinking it doesn’t matter whom one relates to sexually or marries. Holding such a belief will lead some—if not many—impressionable young people to consider sexual and marital arrangements they never would have contemplated previously. And children from homosexual families, who are already more likely to experiment sexually, would do so to an even greater extent, because not only was non-traditional sexuality role-modeled by their parents, it was also approved by their society.

There is no question that human sexuality is pliant. Think of ancient Greece or Rome—among many other early civilizations—where male homosexuality and bisexuality were nearly ubiquitous. This was not so because most of those men were born with a “gay gene,” rather it was because homosexuality was condoned by those societies. That which a society sanctions, it gets more of.

5. If society permits same-sex marriage, it also will have to allow other types of marriage. The legal logic is simple: If prohibiting same-sex marriage is discriminatory, then disallowing polygamous marriage, polyamorous marriage, or any other marital grouping will also be deemed discriminatory. The emotional and psychological ramifications of these assorted arrangements on the developing psyches and sexuality of children would be disastrous. And what happens to the children of these alternative marriages if the union dissolves and each parent then “remarries”? Those children could end up with four fathers, or two fathers and four mothers, or, you fill in the blank.

Certainly homosexual couples can be just as loving as heterosexual couples, but children require more than love. They need the distinctive qualities and the complementary natures of a male and female parent.

The accumulated wisdom of over 5,000 years has concluded that the ideal marital and parental configuration is composed of one man and one woman. Arrogantly disregarding such time-tested wisdom, and using children as guinea pigs in a radical experiment, is risky at best, and cataclysmic at worst. 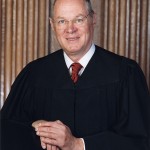