Four Irish bishops simultaneously published statements yesterday evening urging Catholics to vote “no” in Ireland’s referendum on gay marriage. The bishops defend marriage between a man and a woman as the “natural order” and argue that a vote against same-sex marriage is a vote for the common good.

Bishops Kieran O’Reilly, Kevin Doran, Martin Drennan and John Fleming made pleas for parishioners to hold the traditional line that marriage must be between a man and a woman. The pastoral letters will be read out in churches on Sunday, as Ireland moves towards the referendum on 22 May.

Earlier this year the Catholic bishops of Ireland published a pastoral a statement, “The Meaning of Marriage” when they advised that “to redefine the nature of marriage would be to undermine it as the fundamental building block of our society.” They argued that marriage should be reserved for the “unique and complementary” relationship between a woman and a man in order to have and raise children.

In their letters the four bishops build on this argument to make the case against gay marriage. They have been released as poll of 1,200 people by Ireland’s Ipsos MRBI for the Irish Times found that 58 per cent will vote yes to same-sex marriage while 25 per cent will vote no and 17 per cent are still undecided.

Archbishop O’Reilly of Cashel and Emly warns in his pastoral letter that to change a fundamental article of the constitution is “serious and significant”.

He says: “Marriage as understood by the great religious traditions of the world is that of the union between a man and a woman. This is enshrined I believe in the natural order.”

He says the bishops do not wish to alienate or denigrate any person or group of people.

“Should this amendment be passed it will be difficult to speak about marriage as it has been traditionally understood,” he continues. The change, if passed, will introduce a “profound change” to the nation’s understanding of marriage, of the family and of parenthood.

The referendum comes just a few days before Pentecost.

Bishop of Elphin, Kevin Doran, says every citizen and long-term resident has a vested interest in how society defines and protects marriage. He says that to define marriage in the constitution as a relationship between two people without distinction as to their sex would be a major change.

“It would mean that family law could no longer give preference to a mother and father relationship as the form of parenthood best suited to the needs of children. It would make it increasingly difficult to speak in public about marriage being between a man and a woman. In the absence of any conscience clause, I would be concerned, for example, at what teachers might be expected to teach our children.”

He argues that society can respond to the human rights of all who live together in committed relationships without changing the meaning of marriage.

Bishop of Galway Martin Drennan says: “In opposing this proposal to redefine marriage the Church’s stance is a positive one.” He says all cultures have encouraged men and women to marry so that children can be raised in the best possible atmosphere, and the union of a man and a woman is quite different from the union of two men or two women.

“By nature alone they differ. The biggest difference is that the marriage of man and woman has the capacity to produce new life and provide the best environment for that life to grow.”

If the amendment is passed there will be serious implications, he continues. “It will become increasingly difficult to speak or teach in public about marriage as being between a man and a woman. There could be lawsuits against individuals and groups who do not share this vision.”

Bishop of Killala John Fleming argues in his pastor letter that the Church’s vision for marriage and the family is based on faith and reason. “Since time immemorial, both Church and State have recognised the marriage of a man and a woman to be of fundamental importance for children, for mothers and fathers, for the family and for society. To interfere with the definition of marriage is not a simple or a trivial matter.”

He admits that during the past fifty years a great change in the home environment in Ireland. “In this regard, it must be acknowledged that single parents and, in recent years, same-sex parents provide children with a loving home environment. But all of this does not take away from the fact that it is the firm belief of the bishops that the traditional family environment of a father, mother and children is in fact the best environment in which to raise children. And this is despite the fact that family life as we know it is not without its problems and difficulties.” 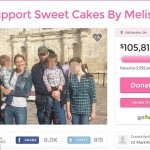 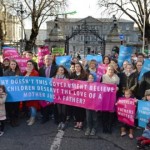