Roger Scruton takes to the pages of the London  Times  with a circumspect, but terribly cutting, treatment of the push for gay marriage  (sub req):

If we ask ourselves how it is that the advocacy of gay marriage has become an orthodoxy to which all our political leaders subscribe, we must surely acknowledge that intimidation has some part to play in the matter. Express the slightest hesitation on this score and someone will accuse you of “homophobia”, while others will organise to ensure that, even if nothing else is known about your views, this at least will be notorious. Only someone with nothing to lose can venture to discuss the issue with the measure of circumspection that it invites, and politicians do not figure among the class of people with nothing to lose.Yet it is unlikely that the ordinary conscience will find itself entirely at ease with a change that overthrows social norms on which people have depended throughout recorded history. In this, as in so many things, people of conservative temperament look around for the person who will speak for them and find only an embarrassed silence. Strident minorities, acting on the growing disposition to censor their opponents, ensure that the deeper the question, the more likely it is to be settled by shallow arguments.

He criticizes those who argue that marriage is an ordinance of the City of God that should not concern us overmuch as denizens of the City of Man ( Paul Griffiths is the most eloquent, though I think not finally convincing, advocate for this position):

One Christian response is to say simply that the State can define marriage as it will, can confer whatever legal privileges on whatever couples it should single out for its protection, but that this has no bearing on the reality, which is a matter of metaphysics, not convention. Marriage, on this view, is a sacrament, and can be neither made nor unmade by the State. Nothing, therefore, is changed by the new legal order.

That response is understandable, but also short-sighted. In our secular society the State has perforce assumed many of the functions of religion. Moreover, you don’t need to regard marriage as a sacrament and a vow before God in order to adhere to the traditional view of it. In every society of which records exist marriage is seen as a bond between man and woman in which the whole of society has an interest. Marriage is the way in which families begin, and the obligations undertaken by the partners reach far beyond any contract between them.Until now we have acquiesced in the idea that the State can solemnise marriages and secure them through legal privileges. And we have accepted that the State can use the criminal law to retain some version of the Judaeo-Christian conception of the marriage vow. Thus our laws against incest, bigamy and child marriage reflect the belief that marriage, as defined by the State, is to be judged in terms of another and higher standard. But as marriage is rewritten as a contract between partners in which future generations have no voice, those laws lose their underlying rationale.

Scruton is not terribly alarmed by our increasing acceptance of homosexuality. Yet he fears that those who see themselves fighting unjustified discrimination are really failing to make necessary distinctions:

Our generation has evolved in the matter of homosexual relations, accepting that way of life and the right of the State to endorse it through civil partnerships. But always we have had in the back of our mind that the bond between husband and wife, like that between parent and child, has a moral nature that transcends the sphere of contract. We resonate to the old rites of passage, and wonder what business it is of the State finally to set them aside, with no obvious reason, and with no clear mandate for doing so.

He concludes with a criticism of our overstretched notions of equality:

And some of us are troubled by the shallow reasoning that has dominated the political discussions surrounding this move, as though the threadbare idea of equality were enough to settle every question concerning the long-term destiny of mankind and as though the writings of the anthropologists (not to mention the poets, the philosophers, the theologians, the novelists, the sociologists) counted for nothing beside the slogans of Stonewall. Are we entirely wrong in this?

Marriage has gone through many changes over centuries and across societies but has been notably stable in one respect: its heterosexual character. To suppose that this basic element of human nature can be rewritten at will—-and further to assume as a matter of course that such rewriting must be a good thing—-requires a great indifference to history and a very high regard for present assumptions.

In his historical blindness and moral excitability, today’s same-sex marriage advocate resembles no one so much as the temperance woman who, one century ago, encouraged a social change contrary to good sense and human nature. American social movements, it seems, remain immutably Puritan no matter what commonsense fact (the goodness of beer, the heterosexual character of marriage) they are directed against. 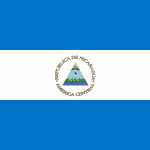