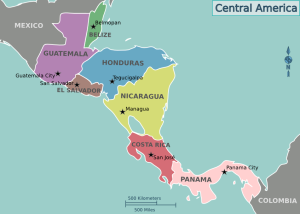 Managua (AFP) – A new legal definition of what constitutes a family took effect in Nicaragua on Wednesday, drawing ire from gay groups who say it massively impacts their rights.

The so-called Family Code, which was first agreed in June 2014, establishes marriage as only being “between a man and a woman.”

Aside from barring gay marriage, the definition precludes gays from adopting and diminishes other rights.

“We feel we have been excluded from these laws,” said Marvin Mayorga, leader of the Movement for Sexual Diversity.

The rule explicitly states that only man-woman couples, foreign or Nicaraguan, can adopt.

Additionally, Mayorga said gay couples would not be allowed to use fertility treatments to get pregnant. Nor would they be entitled to social security protection or inheritance in the case of loss of a spouse.

Several gay-rights groups plan to challenge the code in the country’s supreme court.