CANBERRA, Australia, August 11, 2015 (LifeSiteNews) — Defenders of natural marriage in Australia have had a stunning ‘David vs Goliath’ win against a well-funded pro-same-sex “marriage” lobby group that had the active support of the mainstream media and corporate bodies.  After a marathon six-hour party room meeting dedicated to the issue, two-thirds of government MPs have voted to maintain the position of voting as a block along party lines rather than permit members to have a conscience vote on the issue.

This means that the coalition government will honor the commitment it went to the election with, to maintain the definition of marriage as being between a man and a woman.  As a result, the private members’ bill put forward by opposition leader Bill Shorten will fail should it come to a vote.

The politicians pushing for same-sex “marriage” had rushed to bring their bill forward to take advantage of the political momentum generated by the United States Supreme Court decision to legalize gay “marriage”.  The bill was originally introduced in June this year to a more than half empty Parliament with almost all government MPs staying away while the Labor opposition attended in full.  This momentum will now be lost with the issue dealt with for the current parliamentary term.

At a press conference late tonight Prime Minister Tony Abbott stated, “There was a strong view in the party room today that if we were to drop the policy, even if we were to adjust the policy to the extent of having a free vote, a lot of the people who voted for us were going to feel dudded.” Abbott stressed that there was “strong support for the existing position that the coalition has held since 2004 – that marriage is between a man and a woman.”

Abbott said the current view of the party room was that this is the last term in which they can be bound and this will be maintained until the end of the current parliamentary term, and that going in to the next election they will “finalise another position.”  He went on to say, “The disposition of the party room this evening is that our position going in to the next election should be that in a subsequent term of parliament, this is a matter that should rightly be put to the Australian people.”

A referendum on the issue would stall the potential for legalization of same-sex “marriage” for years, and even then the push for it could still be lost as support among the population has waned.  The 2015 Vision Survey for leftist activist group GetUp showed that the push for “marriage equality” ranked last of all social issues, with just 2.1 percent of over 30,000 responses voting for it.  Australians also have a history of voting “no” at referendums.

Australian Marriage Forum‘s David van Gend was thrilled with the outcome.  “This decision is a win for responsible government, but above all a win for future children who are now more likely to benefit from the only institution that guarantees them a mother and a father,” he said.

The Australian Christian Lobby has also counted the outcome as a win for Australians.  Managing Director Lyle Shelton said, “The Prime Minister and Coalition parliamentarians have shown great courage and leadership in speaking for marriage at a time when a powerful minority have made it difficult to speak.  Tonight’s decision means all Australians remain free to speak what they believe about marriage without fear.  It is so important we keep speaking without fear about the benefits of marriage and why its definition should be preserved.”

Speaking to LifeSiteNews, Shelton emphasized that people must take this opportunity to keep on speaking out against same-sex “marriage”.  “Silence on our side has led us to almost lose this issue,” he said. 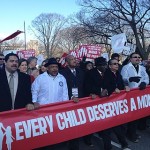